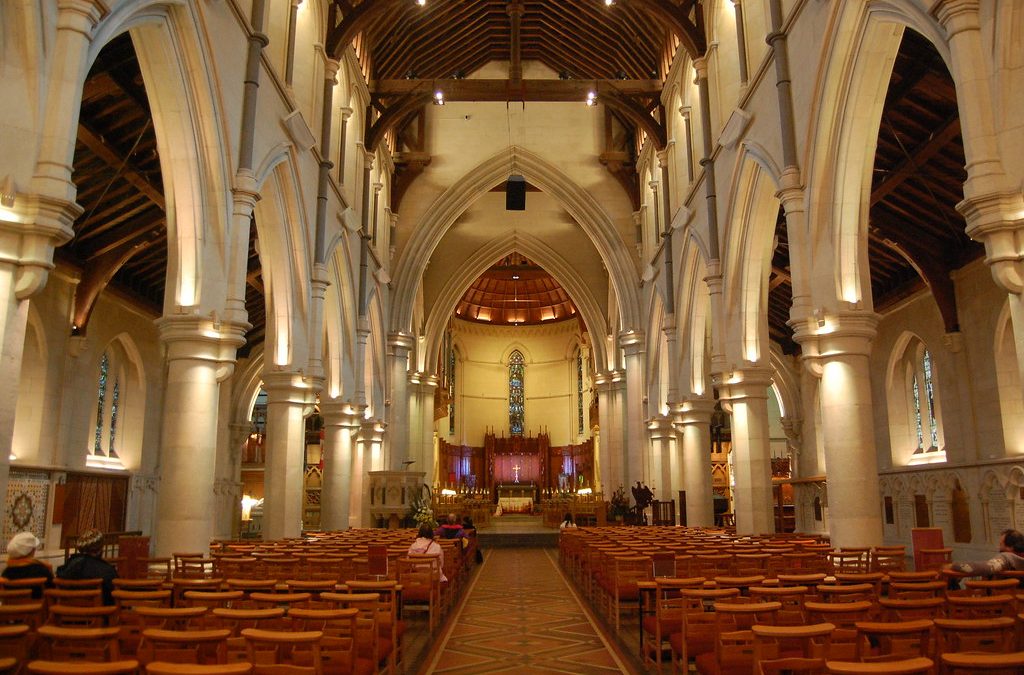 In 2006 the Anglican Diocese of Christchurch celebrated its sesquicentennial. Throughout the year events were held to mark this milestone. A funding request was put to the Christchurch City Council late 2006, to include in the year of celebrations, the first public showing of James Edward FitzGerald’s ‘Seadrift’.

Councillors gave their support, setting aside $10,000 toward the project. A considerable amount of work went into designing an exhibition, which would do justice to the book itself, and sit well in the cavernous cathedral space. The decision was made to present images and information on large floating panels hung by ‘invisible’ thread from the steel braces along the southern side of the Nave. Each panel was lit from above by a custom- built halogen spot. The exhibition was installed on October 11, launched on the 12th and ran through until the 23rd. It looked fabulous and we received many compliments. After 150 years, ‘Seadrift’ was afloat and accessible to the people of Christchurch and Canterbury.

The exhibition was curated by The Rev. Craig Dixon. 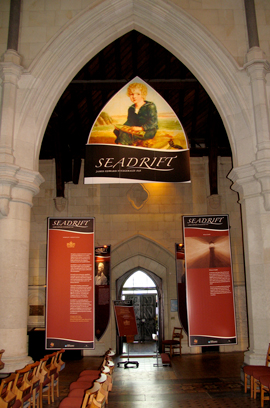