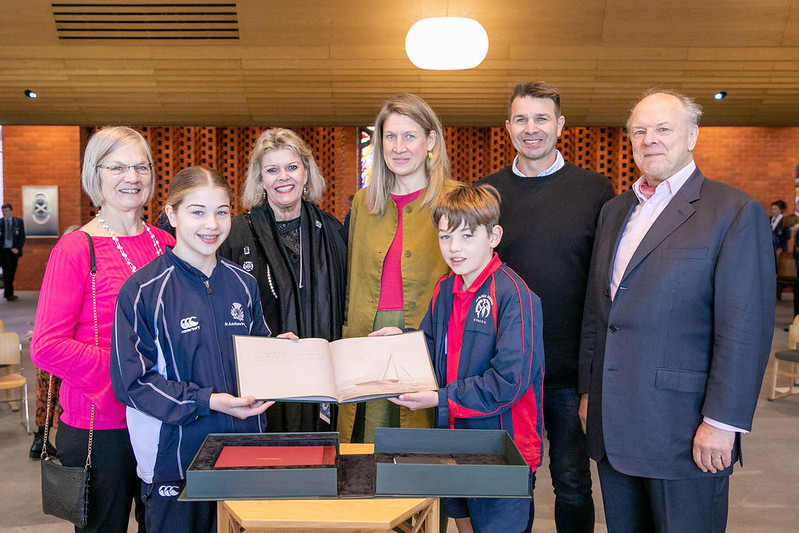 “Godley Gifts is a magnificent gift, and an important piece of New Zealand history, which expands our understanding of Canterbury history, and ignites our interest in the people who so greatly influenced the founding of colonial Christchurch,” said Rector Christine Leighton, who accepted the gift on behalf of St Andrew’s College.

Included in Godley Gifts is a facsimile of FitzGerald’s masterpiece, Seadrift, regarded as New Zealand’s first fully illustrated storybook written for a child. The story is about a sailing vessel, whose fictitious adventures are told in word and watercolour. The 64-page work was created as a gift for ‘Little Arthur’, the young son of FitzGerald’s great friend, John Robert Godley, who is considered the founder and leader of early Canterbury. Begun in Lyttelton in 1851, Seadrift included 32 pages of text and 32 beautiful sepia ink watercolours. FitzGerald finished the book in 1858 and sent it by post as a Christmas present to Arthur Godley, who by then was back living in England.

FitzGerald’s remarkable New Zealand artwork remained a family treasure for four generations of the Godley family, while in New Zealand no one even knew it existed. That was until 2000, when Haydn Rawstron MNZM, Trustee of the John Robert Godley Memorial Trust, organised substantial events in England to commemorate the 150th anniversary of Canterbury’s founding. In appreciation of these commemorations, Haydn Rawstron was invited to meet the late Pamela Rice, a member of the Godley family into whose possession Seadrift had been willed. “We met in a simple coffee shop, and Pamela pushed a large battered brown envelope across a formica table. I couldn’t believe my eyes when I took out the original manuscript of Seadrift, which Pamela wanted to gift back to New Zealand on behalf of the Godley family. Apart from the cover being a bit loose, the manuscript was in magnificent condition. It is certainly the most substantial, important, and unusual work of art to come from the first decade of the new settlers in Canterbury,” he says.

FitzGerald was the first person ashore from the Charlotte Jane, the first Canterbury Association ship to arrive in the new settlement in 1850. He had many key roles in early Canterbury serving as its first Superintendent. He was also briefly the first ‘premier’ of New Zealand, the first Auditor-General of New Zealand, and was the founder and editor of The Lyttelton Times, and The Press.

The Godley Gifts three-volume book set was published in 2007 in a limited edition of 100 sets. The second and third books of the trilogy include another collection of 34 watercolours painted by FitzGerald, which depict early Canterbury (FitzGerald’s valedictory gift in 1852 to John Robert Godley), and a series of essays by David McPhail about the gifts themselves, the original donor and the original donees.

Haydn Rawstron attended the presentation at St Andrew’s College with his wife Dorothee Jansen, while Sue Blakely was accompanied by her husband Jerry, son Nick, granddaughter Charlize (in Year 8 at St Andrew’s), and grandson Xavier, who will attend next year. Another grandson Connor Blakely previously attended St Andrew’s.

During the presentation, Sue Blakely said it is meaningful for the family to know that FitzGerald’s work continues to be enjoyed outside the family through Godley Gifts.

More than 20 sets of the Godley Gifts book set have now been gifted to notable libraries in England and New Zealand, with the most significant resting place being in the Royal Library of rare documents at Windsor Castle, says Haydn Rawstron. “The Queen accepted a copy which was a great honour for us, even more so, given that in the preceding six years, Her Majesty had accepted only one other document for that extraordinary library.” 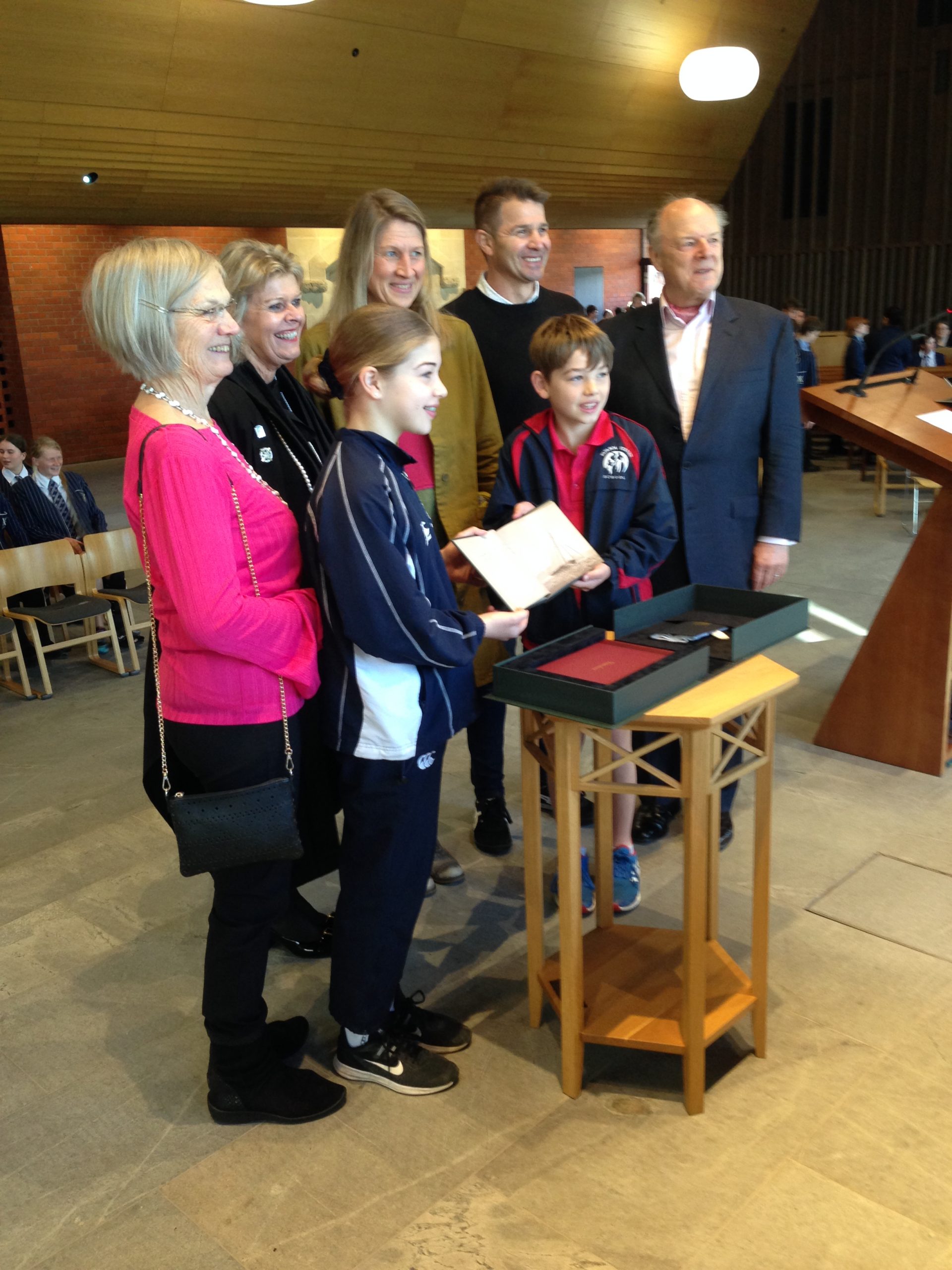 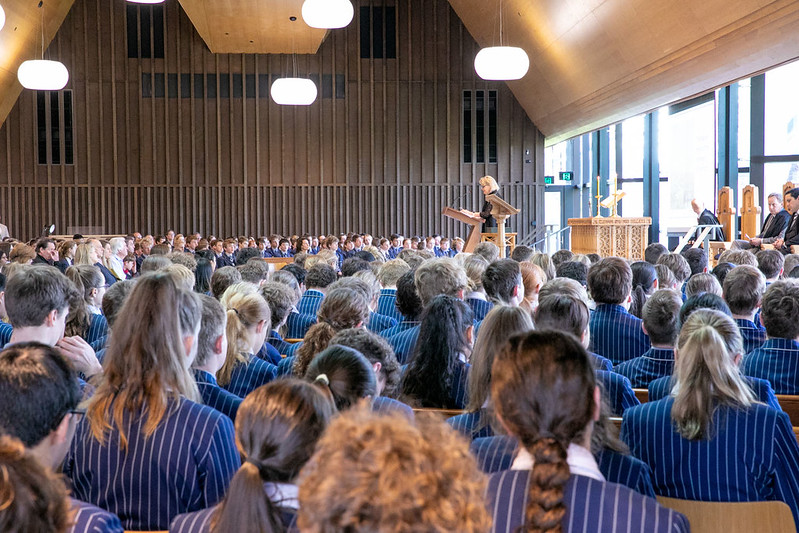 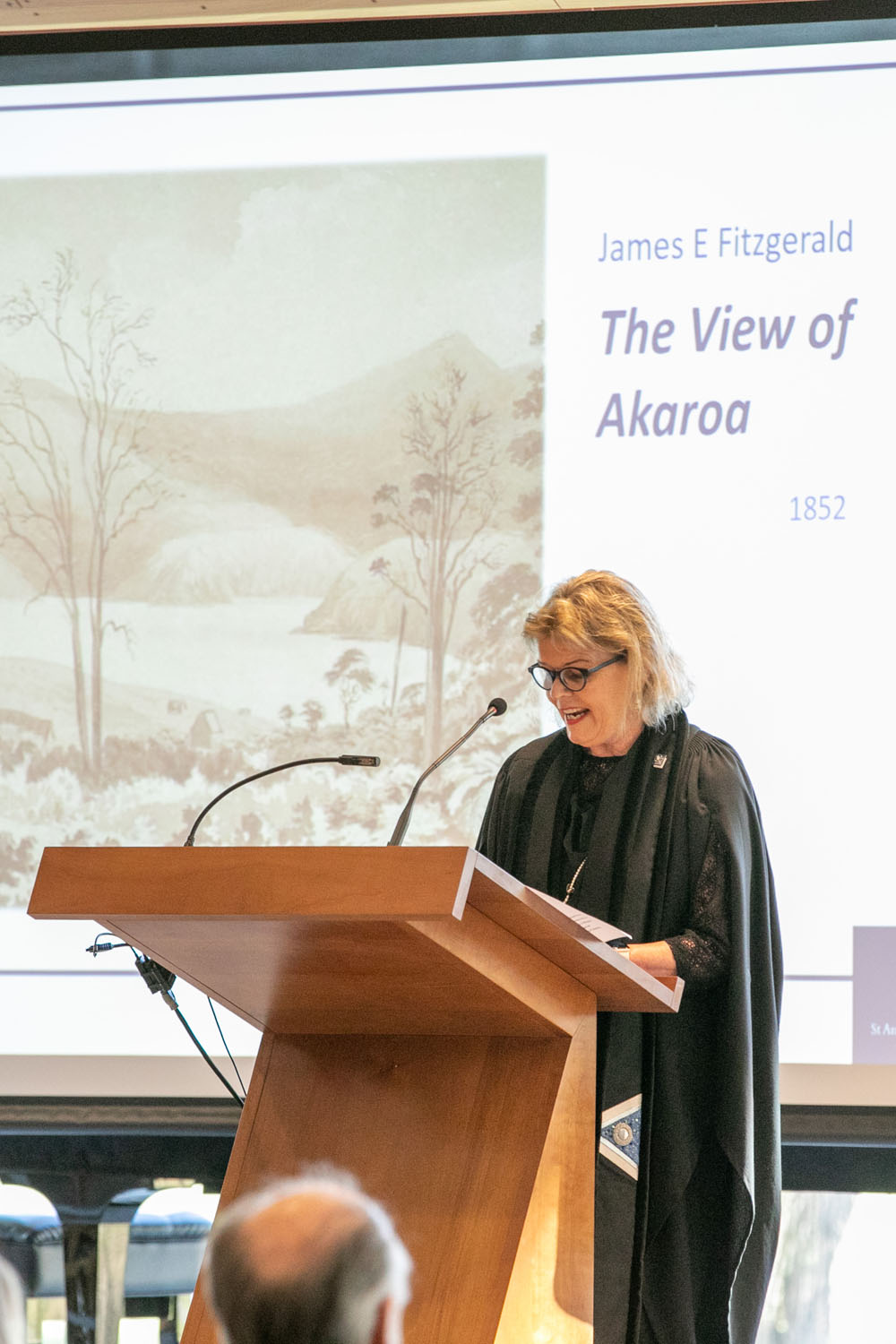 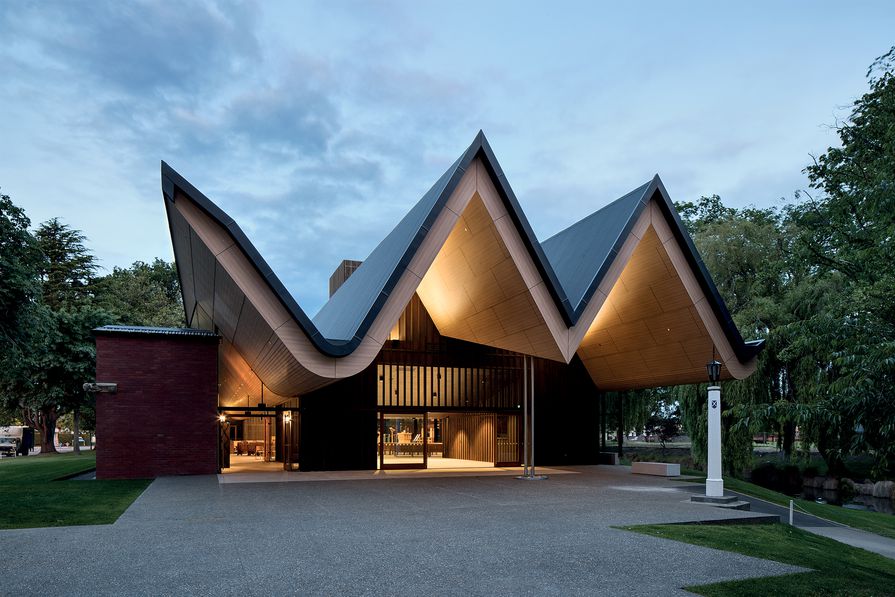 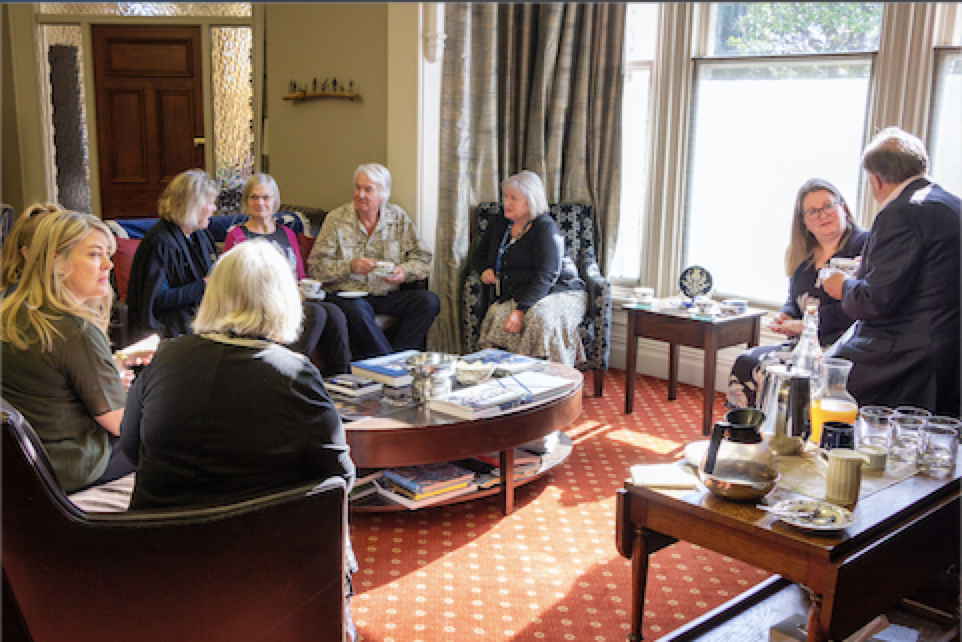 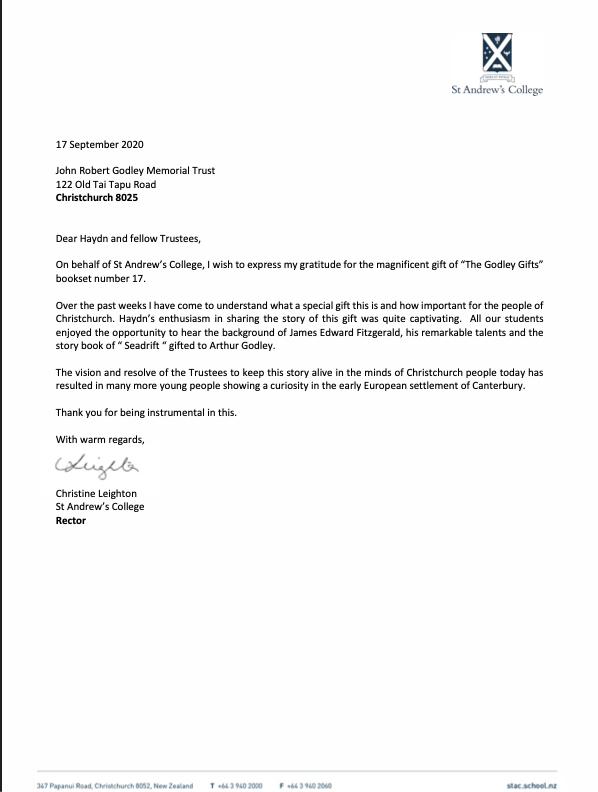